Hammering Noises in a Steam Boiler 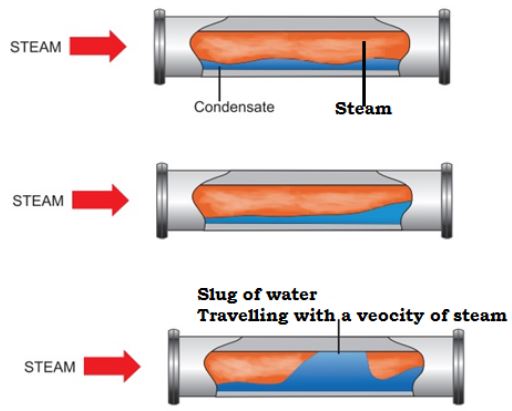 Steam boilers are known to make a variety of noises at times, but that doesn't mean they should make noises. A properly installed and maintained steam boiler should in fact be a quiet system. Water hammer noise is a common issue in steam boilers, but how does water hammer happen?

Anytime steam and water occupy the same pipe, the amount of available space is decreased, and when we decrease the pipe size, the speed that the steam is traveling increases. Increasing the speed of steam causes water to be picked up by the steam and eventually creates a water slug in the pipe. The steam continues to build pressure behind the slug until it has enough pressure to shoot the slug downstream.

That’s how the water hammer is made, but what causes this to occur in a steam system? Here are common reasons a steam boiler may experience water hammer. 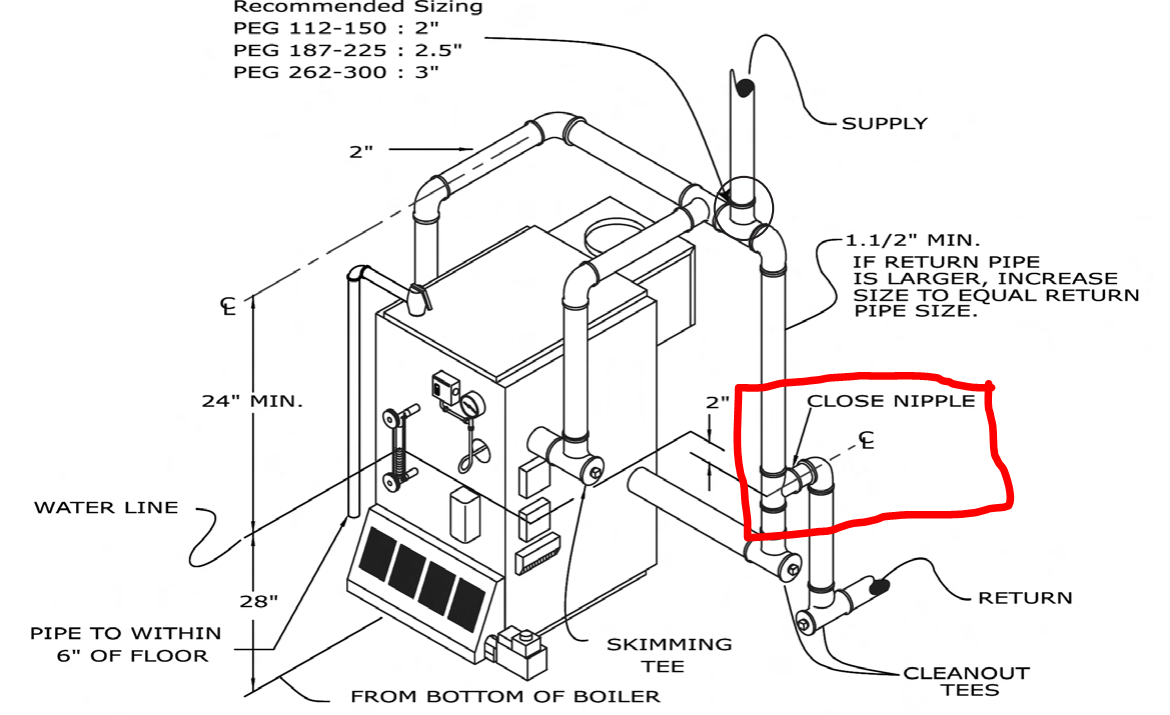 2. Too High of a Boiler Pressure Setting

Steam traps are used in two-pipe steam boiler systems. Their function is to separate the water from the steam by trapping the steam in the radiators and allowing the water to flow into the returns. When these traps fail, steam can freely travel through the return pipes that are filled with water. This allows steam and water to occupy the same pipe which can create a water hammer.

Steam pipes with missing insulation can cause the steam in the pipes to cool back to water before getting to the radiators. This makes steam and water prevalent in the steam mains and can create water hammer.

The water in the steam boiler needs to be free from any oil, grease, or debris. Dirty water causes uneven steam distribution and can cause water to be carried up the steam mains. This creates "wet" steam in the mains and can cause both the water level to fluctuate and water hammer. Each manufacturer has instructions on how to properly skim the oil, grease, and debris off the top of the water line.

Each boiler manufacturer has a recommended water line. This is to ensure dry steam can be sent to the steam mains (along with the help of the proper near boiler piping.) Too much water causes a flooded boiler which does not allow the steam to "dry" before it enters the mains.

Are you a homeowner or own a commercial property? Check out mybryantdealer.com to find a Bryant dealer near you!