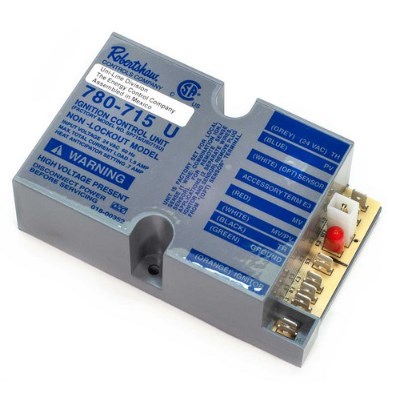 The Robertshaw® 780 Series Pilot Controls feature flame rectification with solid-state logic and flame sensing to provide automatic sequencing that will ensure proper operation of an intermittent pilot ignition device. When the thermostat calls for heat, the 780 series control simultaneously initiates ignition sparking and opens the pilot valve portion of the gas valve. Pilot flame recognition stops ignition sparking and opens the main valve portion of the gas valve. Pilot burner flame is continuously monitored at a synchronous frequency for the duration of the heating cycle. Should the pilot flame fail during the heating cycle, the control will shut off the main valve until the pilot flame is established.