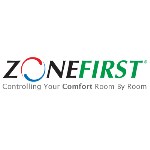 ROUND DAMPER 6" PLUG IN ZONEFIRST 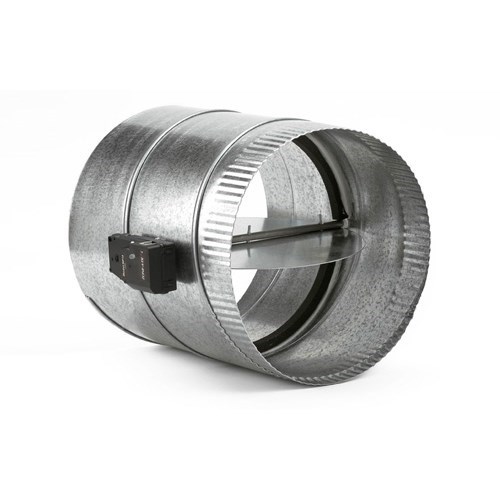 The Round Damper series is a single blade damper in a round spiral duct. This damper is complete with motor and can be ordered as a 24VAC spring return (2 Wire), Model RDS, or power open-power closed (3 Wire) Model RDM or with the NEW 12VDC Plug-In Motor, Model RDP. The RDP is used only with the plug-in zoning panels. These model numbers are followed by the size diameter in inches as shown below. These actuators are the same as on the ZD dampers above. The RDP must be used with the NEW Plug-In Zone Panels on page 2. The RDM is more often used for by-pass control. The RDS is a spring return damper used for zoning and is shipped normally open however can be easily converted to normally closed. For high pressure/velocity systems over 0.5 in. S.P. use the RDP or RDM dampers.