A Guide to Innovative and Time-tested Zone Control Systems

Hydronic zone controls have become more popular but what do we really know about them? For a long time, zoning meant you used some motorized zone valves to open or close and they in turn started the boiler and pump. One can still control hydronic systems in this manner. With the manufacture of multiple zone switching relays, zoning with pumps has become easier to do. However just like modular condensing boilers have changed our industry, zone controls can also change how we control those boilers.

At Behler-Young we currently carry zone control systems from four different manufacturers - Tekmar, Caleffi, Taco, and Honeywell. There are advantages to each one, and each has value to provide control of hydronic heating systems. In this post I will briefly summarize the advantages to each.

Tekmar has a few families of zone control systems. One of the systems is the 400 series which includes 400, 401, 402, 403. These are top of the line controls that function in some very innovative ways. Each one of these controls has true indoor feedback. These controls do require specific thermostats, proprietary to Tekmar to carry out these innovations. These thermostats are models 552, 553, 554, and 557. Each one has slightly different features depending on your application, but all will aid in performing indoor feedback. Indoor feedback is the ability to adjust the boiler output according to how fast the room temperature is climbing. The control’s desire is to make the boiler run as long as possible and still heat the space. With feedback from the thermostat to the control it can precisely do that. It will combine the indoor feedback with outdoor reset if an outdoor sensor is added. 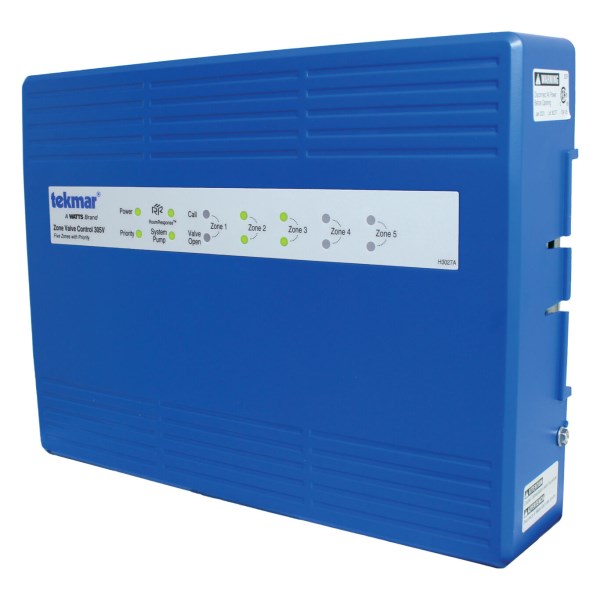 can be precisely adjusted to the desired temp on the digital control itself. It incorporates a zone post purge system that will run the system pumps until the boiler has been cooled down. This allows all the heat in the boiler to be emitted into the space being heated. Two more features that really make this control step out from the crowd are automatic boiler differential and zone synchronization. Why might these be important? If you have a heating system that has a lot of zones that create small btu loads you may have to install a buffer tank if you don’t have these features. Though this control may have more cost than some others, if you calculate the savings in possibly omitting the install of a buffer tank then this control is a no brainer. What does an automatic boiler differential do? It adjusts the boiler to go a little higher and a little lower than the water setpoint so that the boiler will run for a longer time. The zone synchronization will pole all the different zone controls and attempt to run several at a time so that there is more load on the boiler. This again will assist in the boiler running for a longer time. You may ask why that is important. If you ask condensing boiler manufacturers, they will tell you they want a ten-minute run time if possible. This allows enough water to condense to wash the particulate that may occur from ignition and initial run time. This is very important to the continued consistent operation of the boiler.

The Tekmar 302P, 303P, 304P, and 306P pump relays are a step down in features but also in cost versus the 400 series. They are similar in cost to other manufacturers but have just a few more added features. They do not require a specific thermostat but still have a pseudo indoor feedback feature called RoomResponse. It can adjust a modulating boiler according to how many times the zones are calling for heat. In other words, it will adjust the modulating boiler down as there are less calls for heat and adjust it up if there are more calls. It isn’t as accurate as indoor feedback, but it is a close second. It also can send a separate boiler call for DHW which is a newer feature for most modulating condensing boilers. This separate signal can tell the boiler to run at a higher temperature just when heating an indirect DHW zone. These controls allow the ability to be expandable by adding more controls that interconnect. This control also has a 3-wire thermostat connection allowing the addition of a “C” terminal to power wifi or 24-volt powered thermostats.

The Tekmar 303V, 304V, 305V, and 306V have all the same features as the 300 series pump controls plus some specific when using zone panels. It has an ability to turn on a primary pump and the ability to turn on a DHW pump if you so choose to use a pump for that versus a zone valve.

Caleffi ZSR103 and ZSR104 are pump relays that are similar to the Tekmar 300 series but do not have the RoomResponse. Sometimes 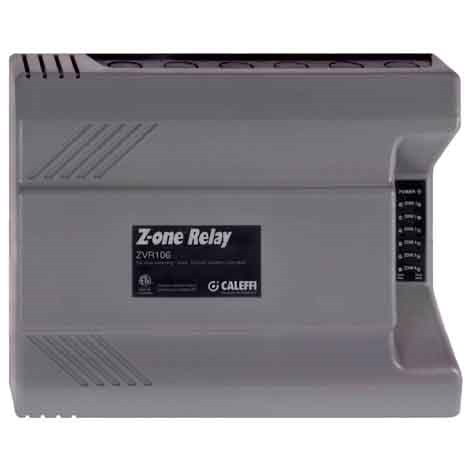 an installation really calls for simpler is better. It also has a set of auxiliary contacts that contacts anytime the primary pump turns on which could be used for any accessory that needs a connection when the boiler is running (i.e. Fresh air intake damper)

Caleffi ZVR103, ZVR104, and ZVR106 are zone valve controls like its pump relay sister. It has the same ability with the DHW tank. It can turn on your secondary pump and primary pump also. It also can be expanded not only with another panel but with another transformer. This allows you to have up to 80VA for your zone valves.

The Taco SR501, SR502, SR503, SR504, SR506 switching relays have the advantage of being a simple bare bones relay. It does have two things that give it an advantage over some of the very simplest.

There is a way to turn off power to the zone pumps if a boiler controls the temperature and operation of an indirect domestic hot water tank. It also has a R, W, C connections for the thermostat which can help connect to Wi-Fi thermostats that need power to operate. It is also a quieter version than some of the old pump relays.

The Taco ZVC403-2, ZVC404-4, and ZVC405-4 zone valve control help centralize on the zone valve controls. It can turn on the primary pump when a zone valve operates.  It will also prioritize and turn on an indirect domestic hot water tank pump.

The very simplest pump relay is still the Honeywell versions RA832A1066, RA89A1074, and the R845A1030. These pump relays are the old stand buys that were the industry standard for years. 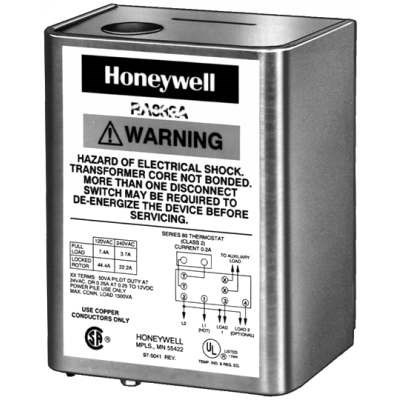 Some customers really appreciate the technology that has stood the test of time. These only have a 2-wire thermostat connection. Depending on the model they may or may not have auxiliary contacts to turn on a boiler or secondary pump. These sometimes have been known to have a slight hum but honestly in my encounters with customers, some like that. It isn’t enough to annoy most people but just enough someone can walk in the room and tell it is on. It can really be funny what is important to customers.


How to choose the best system

All these controls have a place in the marketplace. They all have strengths of their own. In order to choose the best system of the job, listen to the customer. Sometimes a customer wants the newest and greatest and the one that will save them the most energy cost. Some customers want something that is simple yet can give them some newer features. Some just want what they always have had and know has worked. It is our job as contractors and wholesalers to give our best advice and then listen to what is important to our customers.

Are you a homeowner or own a commercial property? Check out mybryantdealer.com to find a Bryant dealer near you!